Key Verse: Then Jesus was led up by the Spirit into the wilderness to be tempted by the devil. And after fasting forty days and forty nights, he was hungry. — Matthew 4:1-2

After Jesus had gone through a 40-day fast, Satan approached Him with three tempting offers. The devil came to Jesus when he was weak and hungry.

It’s natural to assume that the Lord was physically weakened after being without nourishment for such an extended period of time, so, of course, the devil’s first offer involved food. If You are God’s Son, command these stones to be made [loaves of] bread (Matthew 4:3 AMPC).

Later Jesus performed several miracles that included food, such as changing a boy’s lunch into enough fish and bread to feed five thousand people and, at another time, to feed four thousand.

All of Jesus’ miracles were for the good of others. He never performed miracles for Himself or to satisfy any need of His own. That’s one major lesson we learn from His temptation.

The devil then took Jesus to a mountaintop and showed Him the nations of the earth. He said, in effect, “You can have it all in exchange for one slight, easily excusable act. Worship me—just once—and You can have it all.” I can even imagine the devil saying, “It’s all right; God will understand. You’re so weak right now.”

It was as if Satan said, “You’re going to rule it all anyway. This is just a shortcut.” He implied that through one simple act of worship, Jesus could avoid the rejection, the suffering, and even the horrifying death on the cross. And either way, He would achieve the same goal.

As attractive as the offer may have sounded, Jesus turned it down. He recognized the deliberately crafted lie, and Jesus never hesitated. The world would be won for God, but it would be won by the way of sacrifice and obedience. The way of the cross would be Jesus’ pathway to victory.

Again, Jesus teaches us that His is not the easy way. Instead, we must take the right way. Whenever the devil tries to convince us there is an easier way—one that will make life better for us—we know we don’t want to listen.

As we read the story, the choice seems obvious. But suppose you had been in that wilderness for 40 days and nights without food and water. Suppose you had faced such great temptations. Suppose the devil had whispered in your ear, “Just this one time and no one will know.”

This is one of the enemy’s most subtle lies. Not only does he tempt you to give in and to receive the things you’d like to have, but he also makes it sound simple and easy: “Just do this one thing, and it’s all yours.”

God never works that way. He wants you to have the best and only the best, but it has to come in the right way.

At the end of the temptation accounts, Matthew inserts a powerful statement. With each temptation, Jesus won because he relied on the Word of God for His strength. And the devil couldn’t fight the Word. Finally, Matthew records, Then the devil departed from Him, and behold, angels came and ministered to Him (Matthew 4:11 AMPC).

The wisdom to be gleaned from this experience is powerful. Even after you’ve been battered and tempted, God doesn’t leave you. He remains with you to comfort you, to minister to your needs, and to encourage you. Never forget that He is as close to you as the mention of His name. He will never leave you nor forsake you.

Prayer Starter: Blessed Lord Jesus, thank You for winning the victory over the enemy. Thank You for not listening to Satan and for standing on the Word of God in the midst of every temptation. Lord, in Your name, I pray for the wisdom and the strength to defeat the same enemy when he tempts me. Amen.

Thanks for reading Joyce Meyer Devotional 29 May 2019 – A Tempting Offer. Please share with others.

Seeds of Destiny 29 May 2019 - Breaking Limitation By Excellence 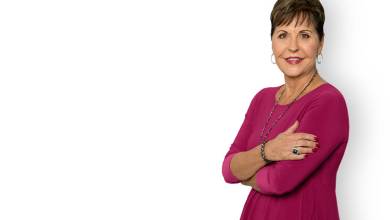 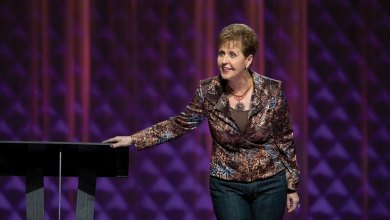 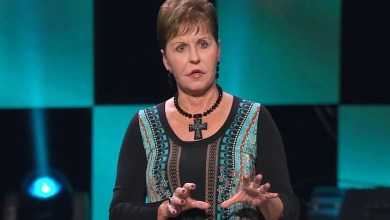 Joyce Meyer Devotional 19th November 2020 – God Does Not Reject You 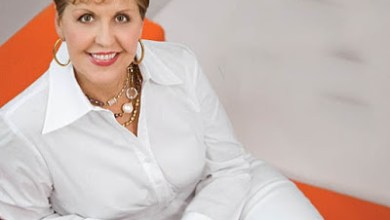