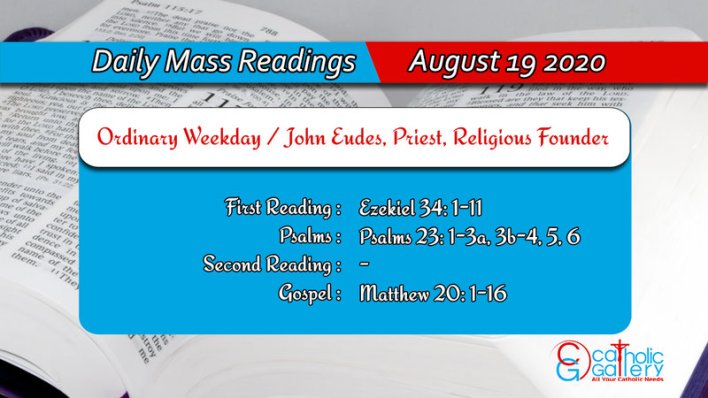 3 You ate the milk, and you clothed yourselves with the wool, and you killed that which was fat: but my flock you did not feed.

5 And my sheep were scattered, because there was no shepherd: and they became the prey of all the beasts of the field, and were scattered.

7 Therefore, ye shepherds, hear the word of the Lord:

8 As I live, saith the Lord God, forasmuch as my flocks have been made a spoil, and my sheep are become a prey to all the beasts of the field, because there was no shepherd: for my shepherds did not seek after my flock, but the shepherds fed themselves, and fed not my flocks:

9 Therefore, ye shepherds, hear the word of the Lord:

10 Thus saith the Lord God: Behold I myself come upon the shepherds, I will require my flock at their hand, and I will cause them to cease from feeding the flock any more, neither shall the shepherds feed themselves any more: and I will deliver my flock from their mouth, and it shall no more be meat for them.

11 For thus saith the Lord God: Behold I myself will seek my sheep, and will visit them.

2 He hath set me in a place of pasture. He hath brought me up, on the water of refreshment:

3 He hath converted my soul. He hath led me on the paths of justice, for his own name’s sake.

4 For though I should walk in the midst of the shadow of death, I will fear no evils, for thou art with me. Thy rod and thy staff, they have comforted me.

5 Thou hast prepared a table before me against them that afflict me. Thou hast anointed my head with oil; and my chalice which inebriateth me, how goodly is it!

6 And thy mercy will follow me all the days of my life. And that I may dwell in the house of the Lord unto length of days.

Gospel: Matthew 20: 1-16
1 The kingdom of heaven is like to an householder, who went out early in the morning to hire labourers into his vineyard.

2 And having agreed with the labourers for a penny a day, he sent them into his vineyard.

3 And going out about the third hour, he saw others standing in the market place idle.

4 And he said to them: Go you also into my vineyard, and I will give you what shall be just.

5 And they went their way. And again he went out about the sixth and the ninth hour, and did in like manner.

6 But about the eleventh hour he went out and found others standing, and he saith to them: Why stand you here all the day idle?

7 They say to him: Because no man hath hired us. He saith to them: Go you also into my vineyard.

8 And when evening was come, the lord of the vineyard saith to his steward: Call the labourers and pay them their hire, beginning from the last even to the first.

9 When therefore they were come, that came about the eleventh hour, they received every man a penny.

10 But when the first also came, they thought that they should receive more: and they also received every man a penny.

11 And receiving it they murmured against the master of the house,

12 Saying: These last have worked but one hour, and thou hast made them equal to us, that have borne the burden of the day and the heats.

13 But he answering said to one of them: Friend, I do thee no wrong: didst thou not agree with me for a penny?

14 Take what is thine, and go thy way: I will also give to this last even as to thee.

16 So shall the last be first, and the first last. For many are called, but few chosen. 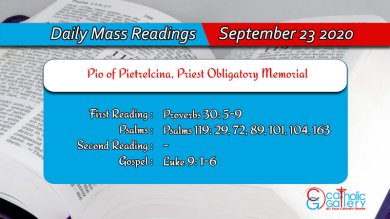 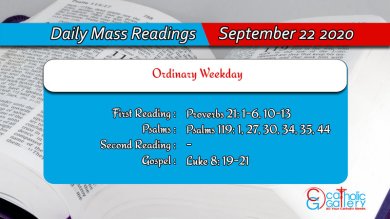 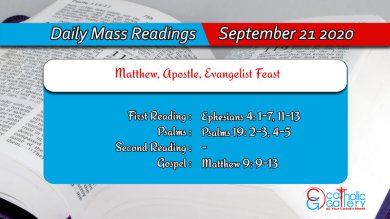 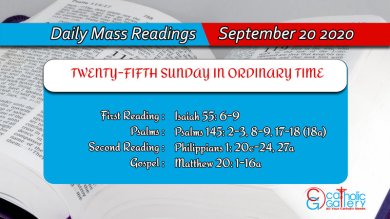