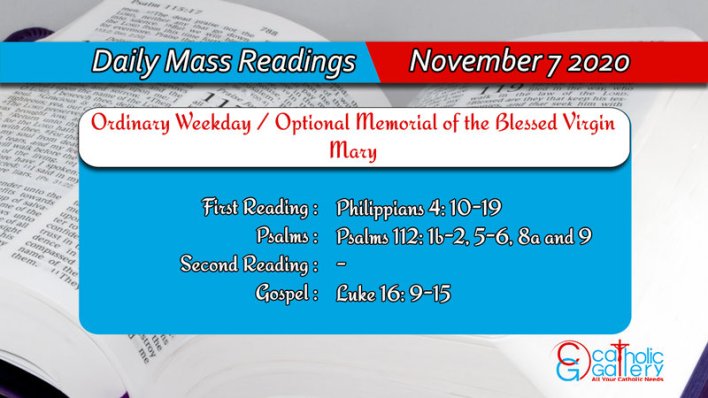 First Reading: Philippians 4: 10-19
10 Now I rejoice in the Lord exceedingly, that now at length your thought for me hath flourished again, as you did also think; but you were busied.

11 I speak not as it were for want. For I have learned, in whatsoever state I am, to be content therewith.

12 I know both how to be brought low, and I know how to abound: (everywhere, and in all things I am instructed) both to be full, and to be hungry; both to abound, and to suffer need.

13 I can do all these things in him who strengtheneth me.

14 Nevertheless you have done well in communicating to my tribulation.

15 And you also know, O Philippians, that in the beginning of the gospel, when I departed from Macedonia, no church communicated with me as concerning giving and receiving, but you only:

16 For unto Thessalonica also you sent once and again for my use.

18 But I have all, and abound: I am filled, having received from Epaphroditus the things you sent, an odour of sweetness, an acceptable sacrifice, pleasing to God.

19 And may my God supply all your want, according to his riches in glory in Christ Jesus.

Responsorial Psalm: Psalms 112: 1b-2, 5-6, 8a and 9
1 Blessed is the man that feareth the Lord: he shall delight exceedingly in his commandments.

2 His seed shall be mighty upon earth: the generation of the righteous shall be blessed.

5 Acceptable is the man that sheweth mercy and lendeth: he shall order his words with judgment:

6 Because he shall not be moved for ever.

8 His heart is strengthened, he shall not be moved until he look over his enemies.

9 He hath distributed, he hath given to the poor: his justice remaineth for ever and ever: his horn shall be exalted in glory.

Gospel: Luke 16: 9-15
9 And I say to you: Make unto you friends of the mammon of iniquity; that when you shall fail, they may receive you into everlasting dwellings.

11 If then you have not been faithful in the unjust mammon; who will trust you with that which is the true?

14 Now the Pharisees, who were covetous, heard all these things: and they derided him.

15 And he said to them: You are they who justify yourselves before men, but God knoweth your hearts; for that which is high to men, is an abomination before God. 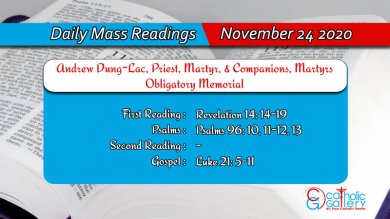 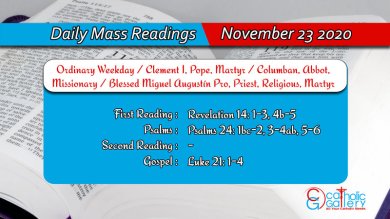 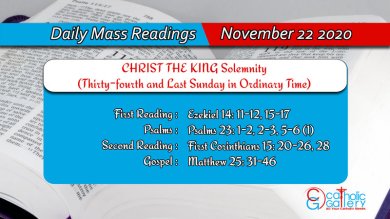 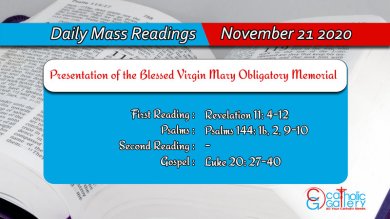