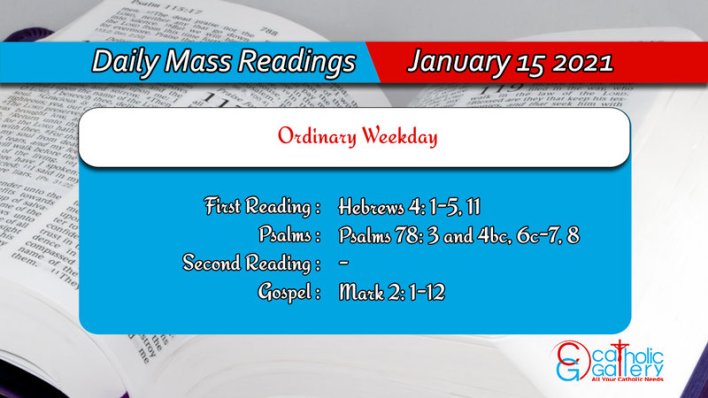 You are reading Catholic Daily Mass Readings for Today 15th January 2021. Be blessed and inspired by today’s reading.

First Reading: Hebrews 4: 1-5, 11
1 Let us fear therefore lest the promise being left of entering into his rest, any of you should be thought to be wanting.

2 For unto us also it hath been declared, in like manner as unto them. But the word of hearing did not profit them, not being mixed with faith of those things they heard.

3 For we, who have believed, shall enter into rest; as he said: As I have sworn in my wrath; If they shall enter into my rest; and this indeed when the works from the foundation of the world were finished.

5 And in this place again: If they shall enter into my rest.

11 Let us hasten therefore to enter into that rest; lest any man fall into the same example of unbelief.

4 They have not been hidden from their children, in another generation. Declaring the praises of the Lord, and his powers, and his wonders which he hath done.

6 That another generation might know them. The children that should be born and should rise up, and declare them to their children.

7 That they may put their hope in God and may not forget the works of God: and may seek his commandments.

8 That they may not become like their fathers, a perverse and exasperating generation. A generation that set not their heart aright: and whose spirit was not faithful to God.

Gospel: Mark 2: 1-12
1 And again he entered into Capharnaum after some days.

2 And it was heard that he was in the house, and many came together, so that there was no room; no, not even at the door; and he spoke to them the word.

3 And they came to him, bringing one sick of the palsy, who was carried by four.

4 And when they could not offer him unto him for the multitude, they uncovered the roof where he was; and opening it, they let down the bed wherein the man sick of the palsy lay.

5 And when Jesus had seen their faith, he saith to the sick of the palsy: Son, thy sins are forgiven thee.

6 And there were some of the scribes sitting there, and thinking in their hearts:

7 Why doth this man speak thus? he blasphemeth. Who can forgive sins, but God only?

8 Which Jesus presently knowing in his spirit, that they so thought within themselves, saith to them: Why think you these things in your hearts?

9 Which is easier, to say to the sick of the palsy: Thy sins are forgiven thee; or to say: Arise, take up thy bed, and walk?

10 But that you may know that the Son of man hath power on earth to forgive sins, (he saith to the sick of the palsy,)

12 And immediately he arose; and taking up his bed, went his way in the sight of all; so that all wondered and glorified God, saying: We never saw the like. 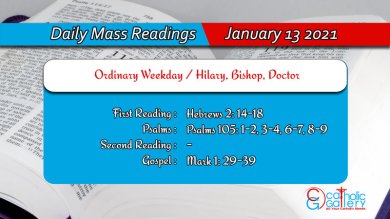 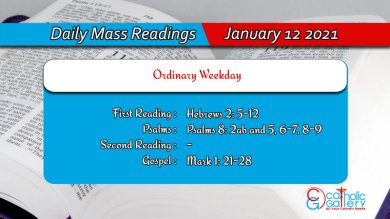 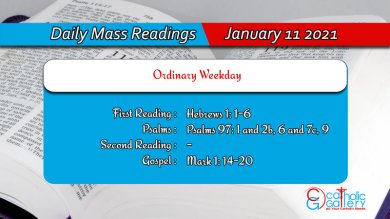 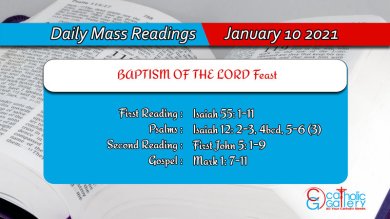