Read Girlfriends In God for today. The word of God is food to the spirit man. Read and digest the word of the lord for today and see how powerfully it will impact you.

Topic: Do You Believe God Tells the Truth? By Sharon Jaynes

Today’s Truth
“I pray also that the eyes of your heart may be enlightened in order that you may know the hope to which he has called you, the riches of his glorious inheritance in the saints, and his incomparably great power for us who believe” (Ephesians 1:18–19a NIV emphasis added).

Friend to Friend
God speaks to me in the comics. I know. That’s weird. But He does.

The Pickles comic strip features an older couple named Earl and Opal Pickles. One day Earl and Opal were sitting on a porch swing and the following conversation ensued.

Frame one: Pearl, “Did you know the DNA of humans and chimpanzees is 98 percent the same?”

Frame three: Pearl, “You know it, but you don’t believe it?”

Frame four: Earl, “Yes, “I don’t believe everything I know.”

And there you have it! In the wise words of Earl Pickles, our problem isn’t that we don’t know the truth, but it’s that we don’t really believe everything we know. We go to Bible studies year after year, hear sermons Sunday after Sunday, and read books page after page.

But until we move from knowing to believing, we’re going to be stuck in the mediocre, mundane, milquetoast faith that expects little and receives even less.

Jesus said, “You will know the truth and the truth will set you free” (John 8:32). The Greeks had many words for our one word know. The Greek word used here is ginosko. In the New Testament it frequently indicates a relationship between the person “knowing” and the object known.

Believing the truth is more than head knowledge, but a heart decision to apply the truth by taking action.

When I first made a list of verses about who God said I was in Christ, my true identity, I can honestly say I didn’t believe they were true about me. Not really. I would have never admitted that to anyone—not even to myself. I’d smile and say amen with the best of them. But when the rubber of the truth hit the road of adversity, I moved those verses into the category of nice gestures on God’s part, rather than the truth that could set me free and give me victory to overcome.

Jesus said this about the Pharisees: “You study the Scriptures diligently because you think that in them you have eternal life. These are the very Scriptures that testify about me, yet you refuse to come to me to have life” (John 5:39–40).

These guys studied the Scriptures in minute detail. They knew the Scriptures inside and out, every jot and tittle, dot and dash. However they did not believe the truth that would have set them free and given eternal life—the Truth that was standing right in front of them.

Paul wrote to the Ephesians: “I pray also that the eyes of your heart may be enlightened in order that you may know the hope to which he has called you, the riches of his glorious inheritance in the saints, and his incomparably great power for us who believe” (Eph. 1:18–19a).

The Greek word for believe used in Ephesians 1:18 is a present active participle. Don’t let that little English lesson make you nervous. It just means it is a continuous action verb. It is applied to those who are presently, actively, and yes, continually believing God.
If you feel your walk has become a crawl, your faith has faltered, your fire for God is smoldering, perhaps what will reignite your passion is a decision to believe what God said is true for you and about you. Just because God spoke a promise does not mean you automatically possess the promise. We must let go of unbelief and take hold of the promise with the grip of belief to make it yours.
If you’ll join me in believing God tells the truth about your true identity, leave a comment and say, “I believe God tells the truth about me!”

Let’s Pray
Heavenly Father, I have head knowledge about the Bible, but I’ll admit, I don’t always believe what I know. Show me truths that I have not moved from my head to my heart. Show me in my deepest parts the areas where I would quickly say that I believe, but I truly don’t. Help me to show that I do believe by my actions and my choices. In Jesus’ Name, Amen. 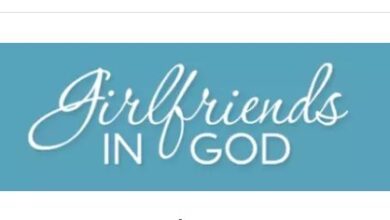 Girlfriends In God 17 October 2022 Devotional | The Pressure Is Off!

October 17, 2022
Advertisement
Recent Posts
Facebook Twitter WhatsApp Telegram Viber
Back to top button
Close
We use cookies on our website to give you the most relevant experience by remembering your preferences and repeat visits. By clicking “Accept”, you consent to the use of ALL the cookies.
Do not sell my personal information.
Cookie SettingsAccept
Manage consent