Open Heaven 10 February 2019 – The Path To Greatness written by Pastor E. A. Adeboye

TOPIC: The Path To Greatness

MEMORISE:
“But unto you that fear my name shall the Sun of righteousness arise with healing in his wings; and ye shall go forth, and grow up as calves of the stall.” – (Malachi 4:2)

READ: Genesis 39:4-9 (KJV)
4. And Joseph found grace in his sight, and he served him; and he made him overseer over his house, and all that he had he put into his hand.

6. And he left all that he had in Joseph’s hand; and he knew not ought he had, save the bread which he did eat. And Joseph was a goodly person, and well favoured.

7. And it came to pass after these things, that his master’s wife cast her eyes upon Joseph; and she said, Lie with me.

8. But he refused, and said unto his master’s wife, Behold, my master wotteth not what is with me in the house, and he hath committed all that he hath to my hand;

9. There is none greater in this house than I; neither hath he kept back any thing from me but thee, because thou art his wife; how then can I do this great wickedness, and sin against God?

Greatness is the quality of being distinguished, eminent or influential. Virtually all human beings have an inherent desire to be great, but only very few end up attaining greatness. Great men and women often combine their top leadership position with special abilities, vast wealth, authority and influence. Although most people believe that greatness is attained through personal effort, superior knowledge, special wisdom or hard work, the Bible speaks to the contrary in Daniel 4:17b, saying:
“To the intent that the living may know that the most High ruleth in the kingdom of men, and giveth it to whomsoever he will, and setteth up over it the basest of men.” Open Heaven 10 February 2019 – The Path To Greatness

Moreover, children of God must learn that appointing someone into a position of authority by manipulation or without God’s approval does not confer greatness upon such a fellow. Hosea 8:4 says such an elevation will be a short lived exercise in futility. In reality therefore, no one can achieve true greatness by personal effort, manipulation or human connections. True greatness can only come by God’s appointment and empowerment, and the pathway to it goes through the fear of God. Anyone who desires to be great therefore must have deep reverence for God. The Bible testifies to the fear of God being present in all the fathers of faith before God bestows greatness upon them. Abraham received an irreversible promise of greatness after God acknowledged his fear of Him (Genesis 22:12). Joseph’s dream of greatness was fulfilled because he feared God (Genesis 42:18, Genesis 39:9). The Lord blessed the latter end of Job more than his beginning because he feared Him (Job 2:3). God singled out Cornelius for greatness because he had the testimony of fearing Him (Acts 10:2). Also, the fear of God helped Daniel to attain greatness in spite of his captivity in a strange land. Open Heaven 10 February 2019 – The Path To Greatness

Furthermore, Ecclesiastes 8:12 tells us as a matter of certainty that it shall be well with those who fear God and revere Him. The fear of God automatically confers God’s blessing on His children and causes the Sun of righteousness to arise on their behalf, ushering them into supernatural dimensions of healing and accelerated growth (Malachi 4:2). I pray that as you begin to walk in the fear of God, your journey to greatness will be accelerated in Jesus’ Name.

HYMNAL:
Hymn 7 – My hope is built on nothing less

1. My hope is built on nothing less
Than Jesus’ blood and righteousness;
I dare not trust the sweetest frame,
But wholly lean on Jesus name.

2. When darkness seems to veil His face,
I rest on His unchanging grace;
In every high and stormy gale,
My anchor holds within the veil.

3. His oath, His covenant, and blood,
Support me in the whelming flood;
When all around my soul gives way,
He then is all my hope and stay.

4. When He shall come with trumpet sound,
Oh, may I then in Him be found;
Dressed in His righteousness alone,
Faultless to stand before the throne.

Our Daily Bread 10 February 2019 - Living with the Lights On 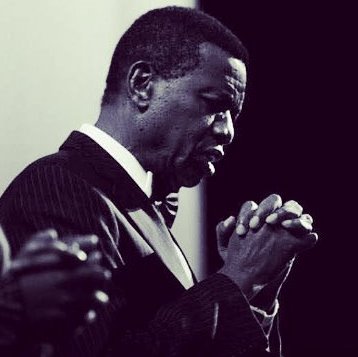 Open Heaven 22nd February 2021 Message – The Power In A Name

4 days ago
Leave a Reply