TOPIC: An Offense-Free Heart for a Healthy Living

SCRIPTURE: And herein do I exercise myself,”to have always a conscience void of offence toward God, and toward men. Acts 24″:16

THOUGHT FOR THE DAY: Tormenting demons are attracted to embittered people.

MESSAGE: Research has shown that bitterness or unforgiveness is one of the causes of sickness. Sometime ago,”I went to pray for a woman who had cancer and before I could finish the prayer, the LORD led me to ask her to forgive. So, I told her to forgive anyone she was bitter against in her heart. ‘I cannot forgive him’, she said. Then, I discovered that she was holding a grudge against her ex-husband in her heart. She laboured to build her life together with her husband from the scratch and when they became rich, the man pushed her out of the house they both built and took in a strange woman. What a wicked world! She was so bitter until she got that attack of cancer. She could not forgive and the end of it was not good.

On another occasion, a young lady came to my office on two crutches; she was about to get married and then had a terrible accident that broke her two hip bones. Again, the LORD led me to ask her to forgive; she was overwhelmed and then we prayed. She went and forgave the people who offended her and she was healed – the broken bones were healed without any deficiency. The next time I saw her, she had already married and was dedicating her baby on the altar standing on her two legs. Beloved, to forgive is to be healed; refusal to forgive is acceptance to be sick.

Bitterness invites trouble to your body (Hebrew 12″:15). Tormenting demons are attracted to embittered people (Matthew 18:34). When you lock someone in your heart,”you attract the ministry of tormentors.

Beloved, the power to forgive offenders is the power to be released from every form of bondage. Avoid bitterness and unforgiveness at all cost; ask God to give you the grace to forgive.

Remember this: Tormenting demons are attracted to embittered people.

ASSIGNMENTS:
1. Check your heart to know if there is any one you are holding a grudge against secretly.
2. Ask God for the grace to forgive all forms of offences even in advance.

PRAYER: O Lord, I refuse to be tormented because of bitterness. I receive the grace to forgive anyone I may be holding a grudge against secretly in my heart, Lord, in Jesus’ Name.

FOR FURTHER UNDERSTANDING, GET THIS MESSAGE: ACTIVATING THE FORCE OF DIVINE HEALTH.

QUOTE: One of the worst things that can happen to a person is to be gripped by bitterness. Bitterness is the source of countless spiritual and physical problems in millions of lives today. Culled from AM I BITTER? by Dr. (Mrs.) Becky Paul-Enenche.

Seeds of Destiny 8 February 2019 Daily Devotional was written by Pastor Paul Enenche of the Dunamis International Gospel Centre (DIGC), headquartered at Abuja, Nigeria, with Pastor Paul and Becky Enenche, as the Senior Pastors. It is a power-packed arena where God’s Presence, Principles and Power are at work for the salvation, healing and restoration of human destinies and dignities

Seeds of Destiny 2021 March 7th Devotional – Living In Kingdom Service: A Secret of Power With God 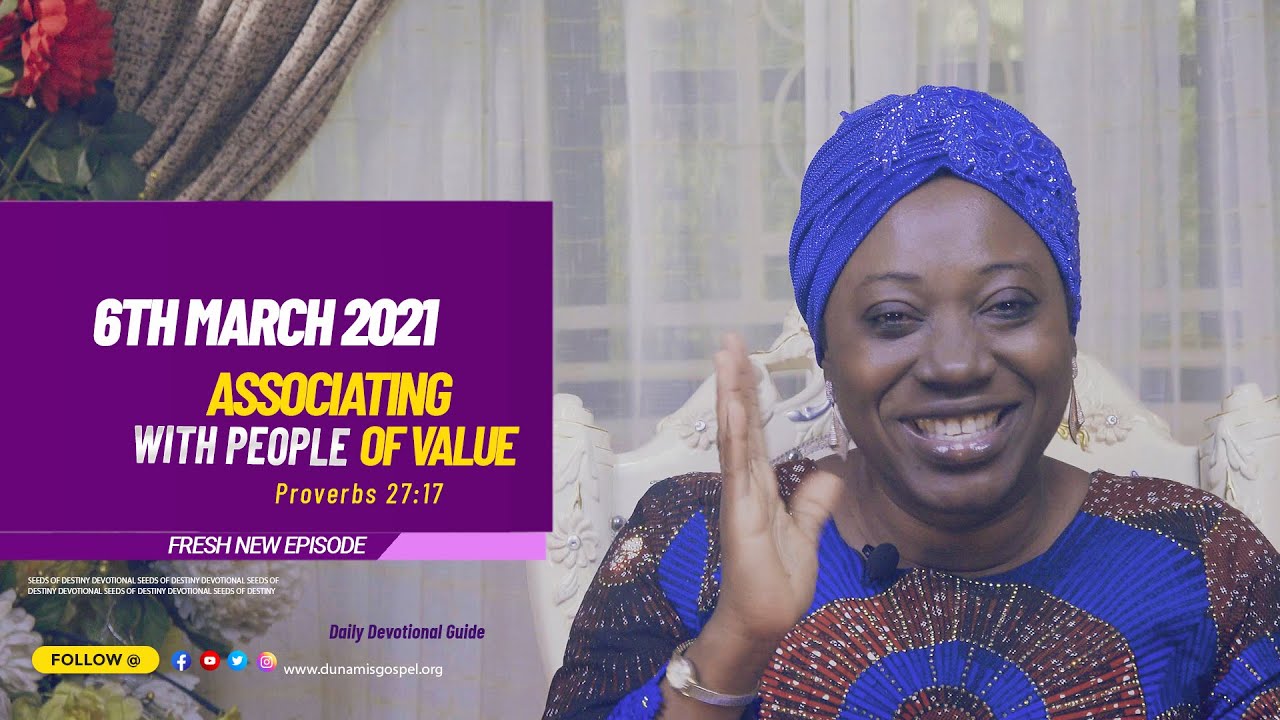 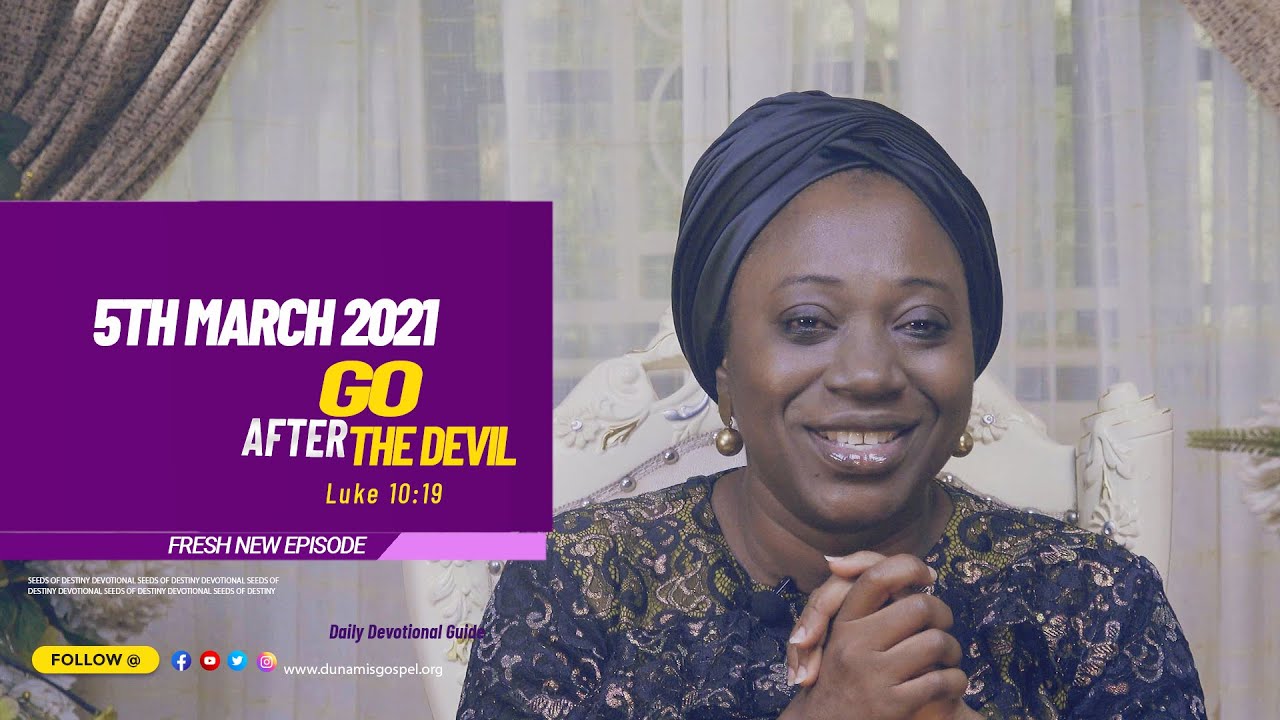 3 days ago
Leave a Reply