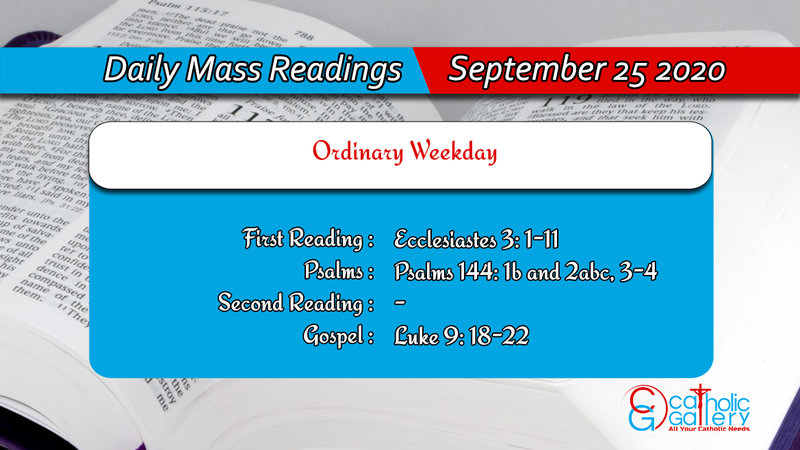 First Reading: Ecclesiastes 3: 1-11
1 All things have their season, and in their times all things pass under heaven.

9 What hath man more of his labour?

10 I have seen the trouble, which God hath given the sons of men to be exercised in it.

11 He hath made all things good in their time, and hath delivered the world to their consideration, so that man cannot find out the work which God hath made from the beginning to the end.

2 My mercy, and my refuge: my support, and my deliverer: My protector, and I have hoped in him: who subdueth my people under me.

Gospel: Luke 9: 18-22
18 And it came to pass, as he was alone praying, his disciples also were with him: and he asked them, saying: Whom do the people say that I am?

19 But they answered, and said: John the Baptist; but some say Elias; and others say that one of the former prophets is risen again.

20 And he said to them: But whom do you say that I am? Simon Peter answering, said: The Christ of God.

21 But he strictly charging them, commanded they should tell this to no man.

22 Saying: The Son of man must suffer many things, and be rejected by the ancients and chief priests and scribes, and be killed, and the third day rise again.

The readings on this page are taken from the Douay-Rheims Catholic Bible. You can also read the Mass Readings taken from the New Jerusalem Bible, which is used at Mass in most of the English-speaking world. (References, Copyrights)

Our Daily Bread 2021 Devotional
19 hours ago 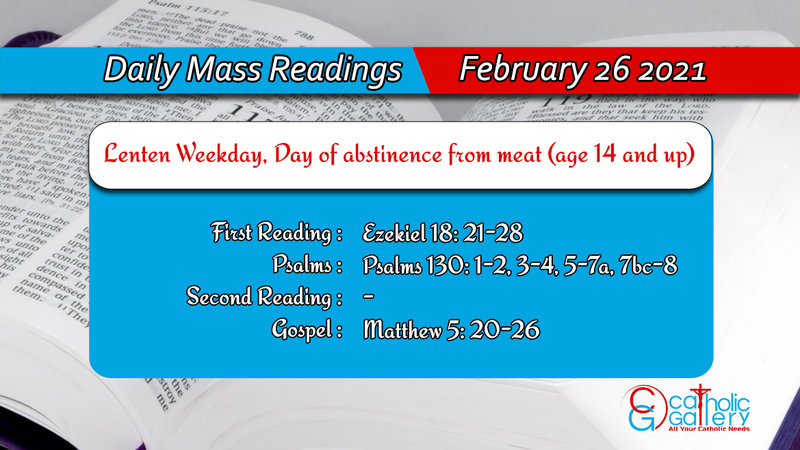 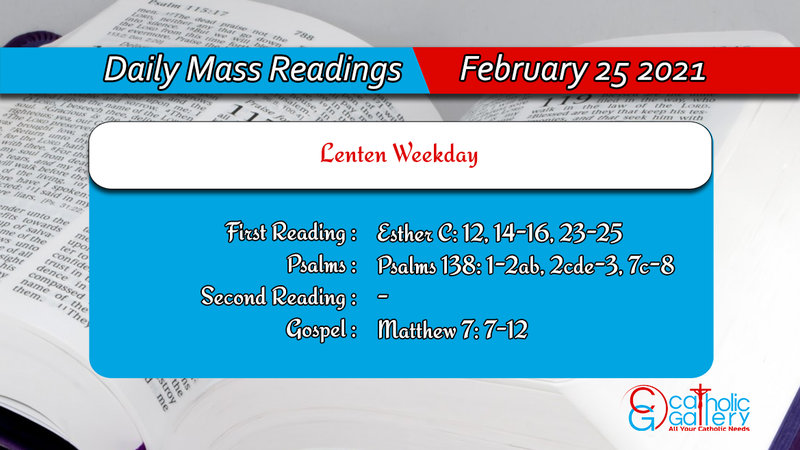 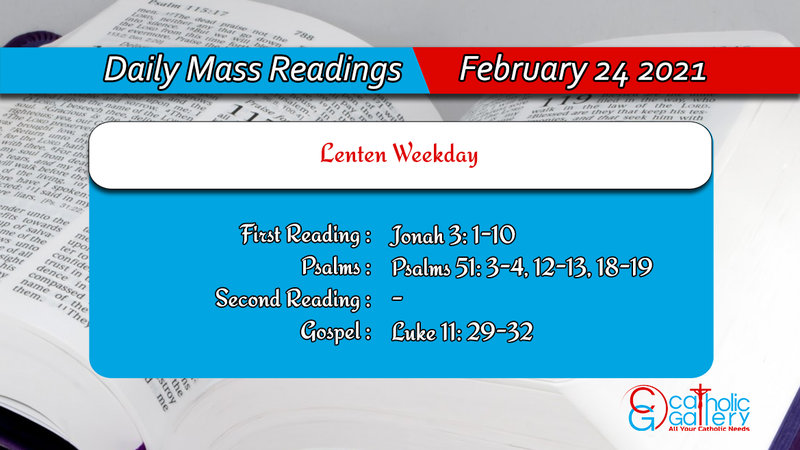 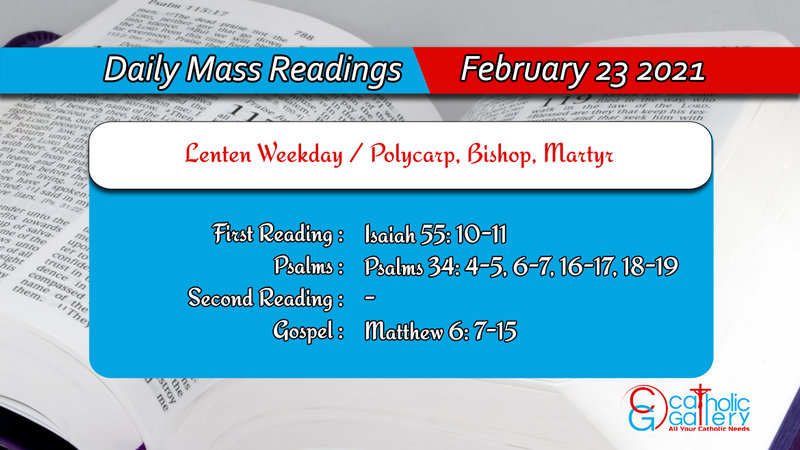