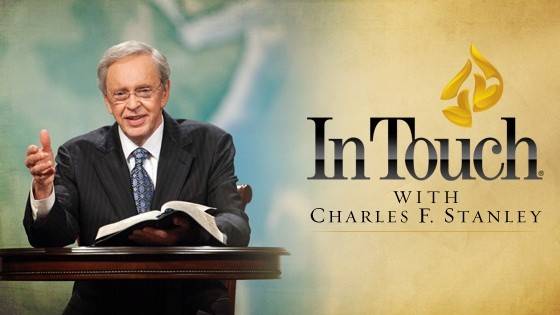 You are welcome to Today’s In Touch Daily Devotional written by Dr Charles Stanley and published by In Touch Ministry. Charles F. Stanley is the founder of In Touch Ministries and a New York Times best-selling author. He demonstrates a keen awareness of people’s needs and provides Christ-centered biblically-based principles for everyday life.

In Touch Devotional for 30 November 2022

King Solomon is traditionally considered the author of Ecclesiastes. According to Scripture, he was the wisest man who ever lived (1 Kings 3:12) and had wealth beyond imagination. What’s more, he was blessed with the privilege of building God’s temple. So we might expect that he’d have been content.

In searching for that deep fulfillment, Solomon explored all kinds of things. Ecclesiastes tells us that he indulged in the pleasures of the world, even dabbling in pursuits he knew were folly. But the satisfaction Solomon sought evaded him, so he tried another avenue. He undertook great projects, such as building houses, gardens and parks, and an extensive irrigation project (Eccl. 2:4-6). But in the end, he concluded it was all without meaning. The story has a familiar ring, doesn’t it? Our culture pursues pleasure and does not accept limits on its passions.

Solomon had the wisdom and resources to accomplish whatever he chose to do. Yet the goals he pursued brought no lasting satisfaction. He concluded that the best course was to obey God (Ecclesiastes 12:13). True enjoyment comes when we align ourselves with His will. Any other way is meaningless.