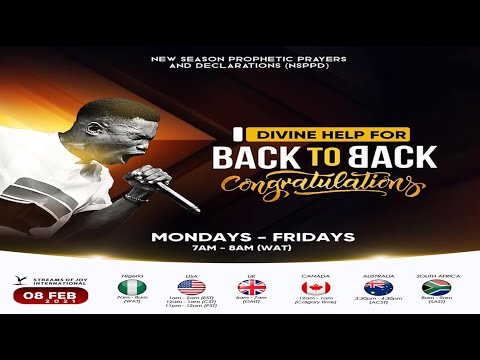 You are watching Today’s Livestream by Pastor Jerry Eze: New Season Prophetic Prayers and Declaration [NSPPD] 8 February 2021. May the Lord bless you!

That is the Focal Scripture of Streams of Joy Devotional today.
Our Focal Scripture speaks of the nine hundred chariots of iron with which Jabin terrorized the children of Israel. One major reason why chariots of iron were used in Bible times, was the rapid movements they were capable of. It was easy for soldiers with iron chariots to go ahead of their enemies. Put differently, iron chariots were symbolic of evil that travelled faster than its prey. Iron chariots were vehicles of speedy disaster.

Jesus did not pay a high price for you, so that the enemy can speedily cause you to go down. Jesus redeemed you so that you can have life and have it more abundantly. Jesus redeemed you so that the enemy will not overtake you with negativity. Live in the consciousness of the finished work of Christ in your life, and no power of hell will overtake your destiny. Refuse to be a victim of speedy negativity.

Remember, evil that comes with speed, is not part of God’s plan for your life. Resist the enemy; refuse to be overtaken by negativity.

John 1: 5 NIV says: “The light shines in the darkness, and the darkness has not overcome it.”

Declare With Me: No evil will overtake me, in Jesus’ name!

Thanks for studying Today’s Daily Devotional on Streams of Joy written by Pastor Jerry Eze. Please share this with other people. God bless you! 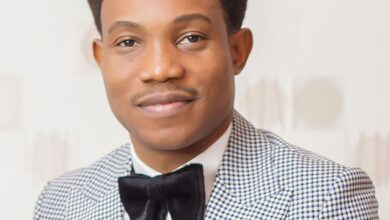