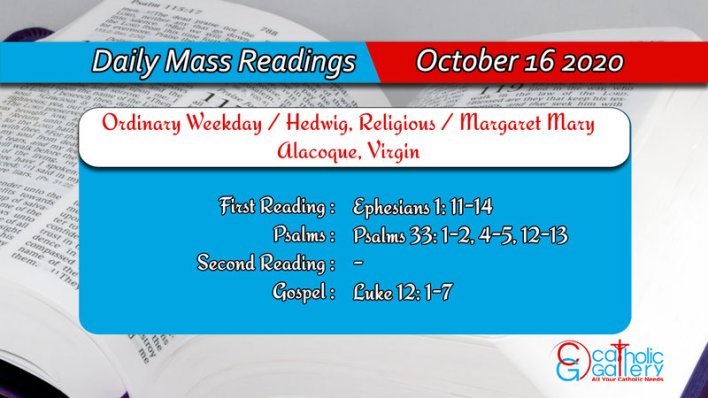 12 That we may be unto the praise of his glory, we who before hoped Christ:

13 In whom you also, after you had heard the word of truth, (the gospel of your salvation;) in whom also believing, you were signed with the holy Spirit of promise,

14 Who is the pledge of our inheritance, unto the redemption of acquisition, unto the praise of his glory.

2 Give praise to the Lord on the harp; sing to him with the psaltery, the instrument of ten strings.

4 For the word of the Lord is right, and all his works are done with faithfulness.

5 He loveth mercy and judgment; the earth is full of the mercy of the Lord.

12 Blessed is the nation whose God is the Lord: the people whom he hath chosen for his inheritance.

13 The Lord hath looked from heaven: he hath beheld all the sons of men.

Gospel: Luke 12: 1-7
1 And when great multitudes stood about him, so that they trod one upon another, he began to say to his disciples: Beware ye of the leaven of the Pharisees, which is hypocrisy.

4 And I say to you, my friends: Be not afraid of them who kill the body, and after that have no more that they can do.

5 But I will shew you whom you shall fear: fear ye him, who after he hath killed, hath power to cast into hell. Yea, I say to you, fear him.

6 Are not five sparrows sold for two farthings, and not one of them is forgotten before God?

7 Yea, the very hairs of your head are all numbered. Fear not therefore: you are of more value than many sparrows. 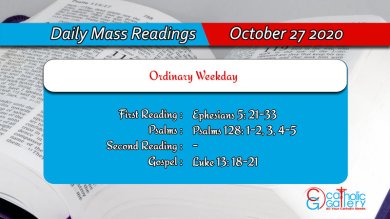 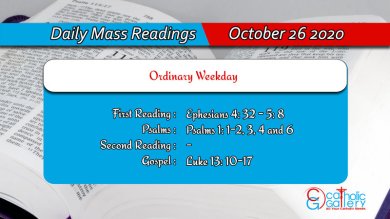 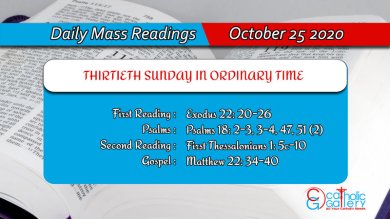 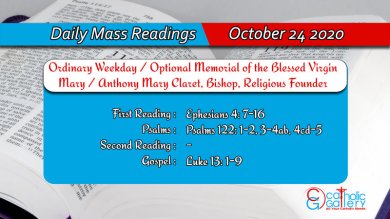