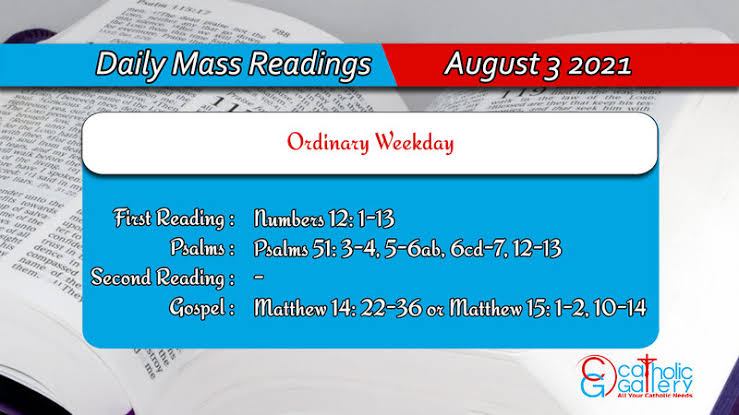 First Reading: Numbers 12: 1-13
1 And Mary and Aaron spoke against Moses, because of his wife the Ethiopian,

2 And they said: Hath the Lord spoken by Moses only? hath he not also spoken to us in like manner? And when the Lord heard this,

4 Immediately he spoke to him, and to Aaron and Mary: Come out you three only to the tabernacle of the covenant. And when they were come out,

5 The Lord came down in a pillar of the cloud, and stood in the entry of the tabernacle calling to Aaron and Mary. And when they were come,

6 He said to them: Hear my words: if there be among you a prophet of the Lord, I will appear to him in a vision, or I will speak to him in a dream.

7 But it is not so with my servant Moses a who is most faithful in all my house:

8 For I speak to him mouth to mouth: and plainly, and not by riddles and figures doth he see the Lord. Why then were you not afraid to speak ill of my servant Moses?

9 And being angry with them he went away:

10 The cloud also that was over the tabernacle departed: and behold Mary appeared white as snow with a leprosy. And when Aaron had looked on her, and saw her all covered with leprosy,

11 He said to Moses: I beseech thee, my lord, lay not upon us this sin, which we have foolishly committed:

12 Let her not be as one dead, and as an abortive that is cast forth from the mother’s womb. Lo, now one half of her flesh is consumed with the leprosy.

13 And Moses cried to the Lord, saying: O God, I beseech thee heal her.

4 Wash me yet more from my iniquity, and cleanse me from my sin.

5 For I know my iniquity, and my sin is always before me.

6ab To thee only have I sinned, and have done evil before thee.

6cd That thou mayst be justified in thy words and mayst overcome when thou art judged.

7 For behold I was conceived in iniquities; and in sins did my mother conceive me.

12 Create a clean heart in me, O God: and renew a right spirit within my bowels.

13 Cast me not away from thy face; and take not thy holy spirit from me.

23 And having dismissed the multitude, he went into a mountain alone to pray. And when it was evening, he was there alone.

24 But the boat in the midst of the sea was tossed with the waves: for the wind was contrary.

25 And in the fourth watch of the night, he came to them walking upon the sea.

26 And they seeing him walk upon the sea, were troubled, saying: It is an apparition. And they cried out for fear.

27 And immediately Jesus spoke to them, saying: Be of good heart: it is I, fear ye not.

28 And Peter making answer, said: Lord, if it be thou, bid me come to thee upon the waters.

29 And he said: Come. And Peter going down out of the boat, walked upon the water to come to Jesus.

30 But seeing the wind strong, he was afraid: and when he began to sink, he cried out, saying: Lord, save me.

31 And immediately Jesus stretching forth his hand took hold of him, and said to him: O thou of little faith, why didst thou doubt?

32 And when they were come up into the boat, the wind ceased.

33 And they that were in the boat came and adored him, saying: Indeed thou art the Son of God.

34 And having passed the water, they came into the country of Genesar.

35 And when the men of that place had knowledge of him, they sent into all that country, and brought to him all that were diseased.

36 And they besought him that they might touch but the hem of his garment. And as many as touched, were made whole.

1 Then came to him from Jerusalem scribes and Pharisees, saying:

2 Why do thy disciples transgress the tradition of the ancients? For they wash not their hands when they eat bread.

10 And having called together the multitudes unto him, he said to them: Hear ye and understand.

12 Then came his disciples, and said to him: Dost thou know that the Pharisees, when they heard this word, were scandalized?

13 But he answering them, said: Every plant which my heavenly Father hath not planted, shall be rooted up.

14 Let them alone: they are blind, and leaders of the blind. And if the blind lead the blind, both will fall into the pit. 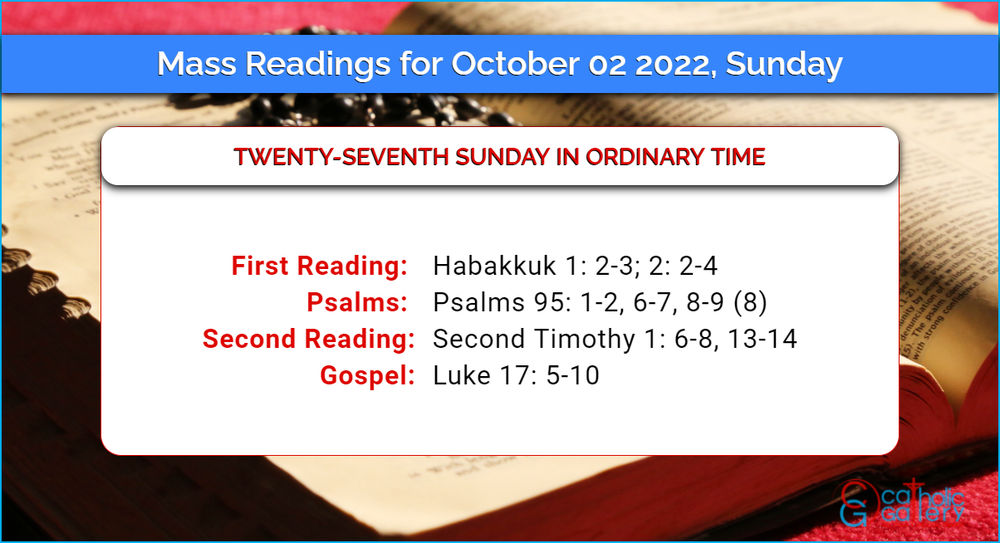 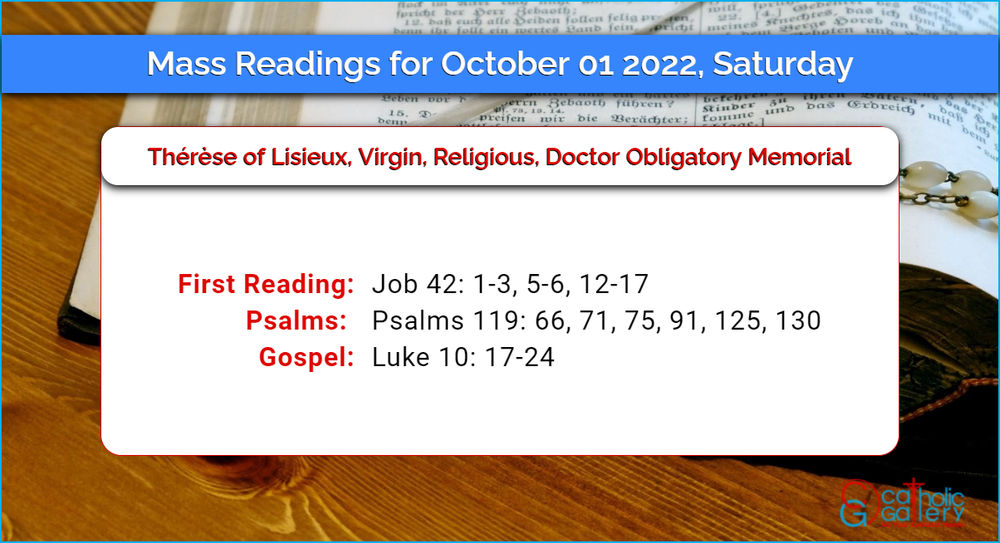