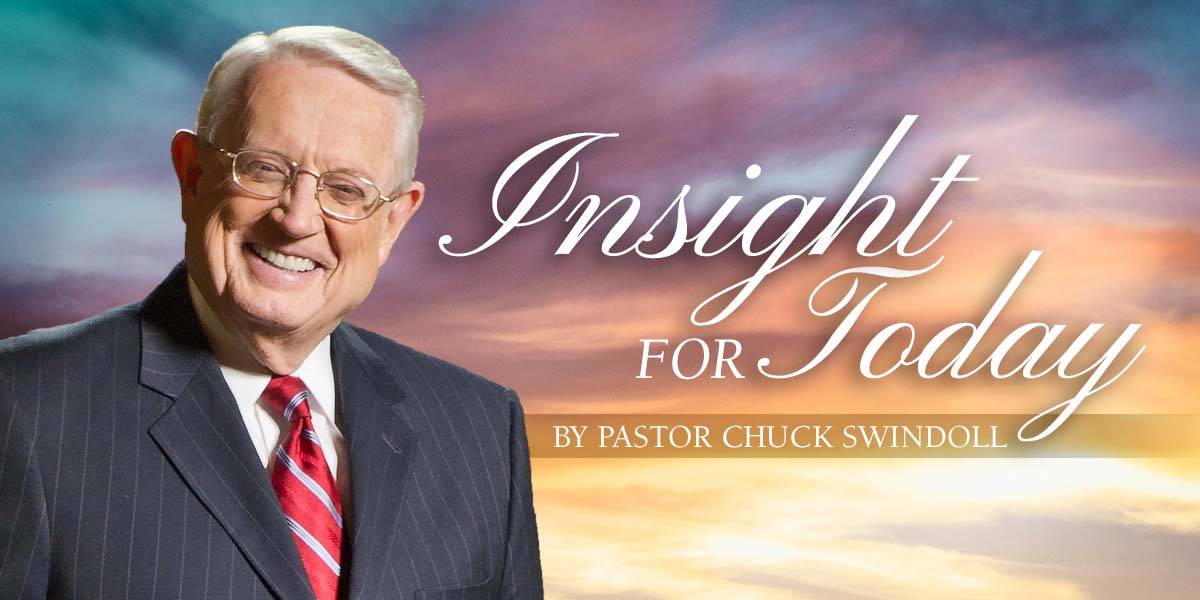 You are reading Chuck Swindoll Devotional 29 October 2022 || Insight For Today
DAILYDEVOTIONALNG.COM DECLARATION: I take back that identity that the enemy took from me. As I break out of every confinement of the enemy, I break out with my identity intact in the name of Jesus, Amen.
Today’s Topic: The Reality of Hell

A particular story Jesus once told comes to my mind every time I think of life after death. Because it is descriptive and brief, we are able to get a fairly uncomplicated picture in our minds of this subject of hell.

“Now there was a rich man, and he habitually dressed in purple and fine linen, joyously living in splendor every day. And a poor man named Lazarus was laid at his gate, covered with sores, and longing to be fed with the crumbs which were falling from the rich man’s table; besides, even the dogs were coming and licking his sores. Now the poor man died and was carried away by the angels to Abraham’s bosom; and the rich man also died and was buried. In Hades he lifted up his eyes, being in torment, and saw Abraham far away and Lazarus in his bosom. And he cried out and said, ‘Father Abraham, have mercy on me, and send Lazarus so that he may dip the tip of his finger in water and cool off my tongue, for I am in agony in this flame.’

But Abraham said, ‘Child, remember that during your life you received your good things, and likewise Lazarus bad things; but now he is being comforted here, and you are in agony. And besides all this, between us and you there is a great chasm fixed, so that those who wish to come over from here to you will not be able, and that none may cross over from there to us.’

And he said, ‘Then I beg you, father, that you send him to my father’s house—for I have five brothers—in order that he may warn them, so that they will not also come to this place of torment.’

But Abraham said, ‘They have Moses and the Prophets; let them hear them.’

But he said, ‘No, father Abraham, but if someone goes to them from the dead, they will repent!’

But he said to him, ‘If they do not listen to Moses and the Prophets, they will not be persuaded even if someone rises from the dead.'” (Luke 16:19–31)

Much of what you just read needs no explanation. It is the story of two men. While alive, their status could hardly have been more different. And when they died, again a contrast. One found himself in heaven; the other, in hell. Our attention falls upon the rich man who is pleading for relief and removal from his torturous surroundings. The scene is unpleasant to imagine, but it is nevertheless real. Neither here nor elsewhere does Jesus suggest this was merely a fantasy.

The man in hell is in conscious torment. He is crying out for mercy. Being “far away” (v. 23) and permanently removed by “a great chasm” (v. 26), he is desperately alone, unable to escape from hell, as we read, “none may cross over” (v. 26). The horror is painfully literal, unlike the jokes often passed around regarding hell. Haunted with thoughts of other family members ultimately coming to the same place, the man begs for someone to go to his father’s house and warn his brothers ” . . . so that they will not also come to this place of torment” (v. 28).

This is only one of many references to an eternal existence in hell. The New Testament, in fact, says more about hell than it does about heaven. Here are just a few characteristics of hell set forth in the New Testament:

Click Here to Read: The Upper Room Devotional for 29th October 2022 – Worth It