SCRIPTURE: “He was a burning and a shining light: and ye were willing for a season to rejoice in his light.” (John 5: 35)

In our Focal Scripture, as Jesus Himself spoke about John the Baptist, He referred to him as a burning and shining light. Jesus didn’t only call him a shining light; He also called Him a burning light. John the Baptist was described as a light that was not going to be merely or easily switched off. He was a light that was going to burn as well as shine. He was that light that would give light perpetually because it was also burning and flaming.

Welcome to that year where your light will burn more than ever before. You are that man that will burn and shine in 2023.

Hebrews 1: 7 TPT says: “And about his angels he says, “I make my angels swift winds, and my ministers fiery flames.””

Declare With Me: In 2023, I operate as a burning and shining light, in Jesus’ name! 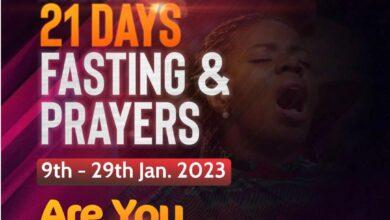